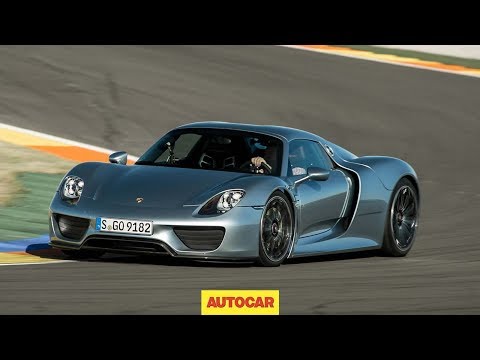 Just how fast can a hybrid be? I know that when most of us think of hybrids images of Toyota Priuses come to mind. Fortunately, cars like the Porsche 918 Spyder, McLaren P1 and Ferrari LaFerrari are turning this preconception on its head.

After all the incredibly green 918 Spyder can go almost 20 miles on a battery charge and then can achieve 94 MPG in hybrid mode. It is also capable of putting out up to 887 horsepower when the electric motors combine with the powerful mid-mounted 4.6-liter V8 engine.

According to Porsche the 918 is the future of the sports car. If that is true, then one day the average sports car will be capable of a 6 minute and 57 second Nurburgring lap time (at least if you put a very good race driver behind the wheel). So then just how bright does the future look?

To find out watch this video of the Porsche 918 Spyder being driven on the track. In the footage it is following a new 911 Turbo S (991) driven by the great Walter Rohrl. The 918 has a journalist behind the wheel yet it is so capable that it has no problem keeping up with the legend.

If you have the money then you too can look like you have a lot more talent that you actually have. The car really is just that good.

Now to just wait for the Top Gear episode where it will race the McLaren P1 and we can see which is the better hybrid supercar. Oh and if the 918 wins Jeremy Clarkson will change his name to Jennifer.