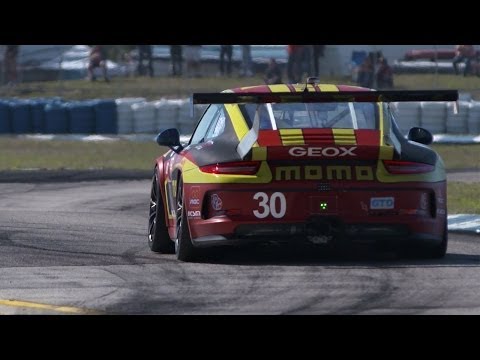 12 Hours of Sebring in Slow Motion

When the 2014 12 Hours of Sebring was run it was only the second race in the history of the TUDOR United Sportscar Racing Championship. The series that was formed by the merger of ALMS and Grand-Am, already had a very exciting opening race at the Rolex 24 at Daytona, so a good close race was hoped for at Sebring as well.

The first race of the season proved to be very entertaining and the news from around United Sportscar Racing was about how close the endurance race was and about a penalty that was reversed after replay. So, much was hoped for the second race and it didn’t disappoint.

What could make all the great racing action even better you may ask? We think that the only answer is highlights in slow motion.

Fortunately, the MOMO Racing Team has put together a video of racing highlights with much of the action slowed down. If features behind the scenes footage of the racing pits as well a lot of on track action. Of course there are plenty of scenes following the MOMO Racing Porsche 911 GT3 Cup car, but it also captures other racing prototypes, other Porsche GT3 RSRs, Corvettes, BMWs and more.