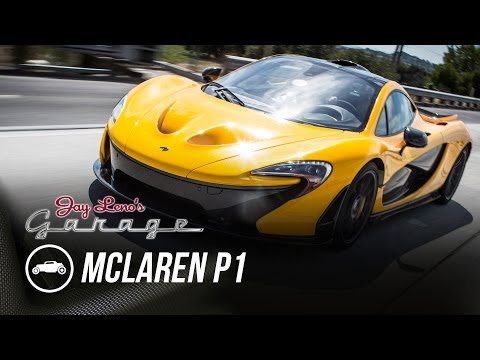 We all know that the McLaren P1 is quite a car. It is one of only two production hybrid supercars that can manage a sub seven minute lap time at the Nurburgring.

We’ve seen it at speed on the tack, but What we haven’t seen very much is it driving on normal roads. After all most of these won’t be raced, with perhaps a few exceptions. No, these cars will be treated almost like pieces of art and will only be used sparingly by most of their owners.

Jay Leno is one of the few that will undoubtedly drive his P1. Although, because of having so many cars he won’t be driving it everyday.

Having said this he claims to have already put almost 1,000 miles on the supercar in about a week. In this video he talks about the car and what he enjoys about his new hybrid. He also drives it on normal roads instead of a race track, so you can get an idea of what it would be like to drive in normal traffic.