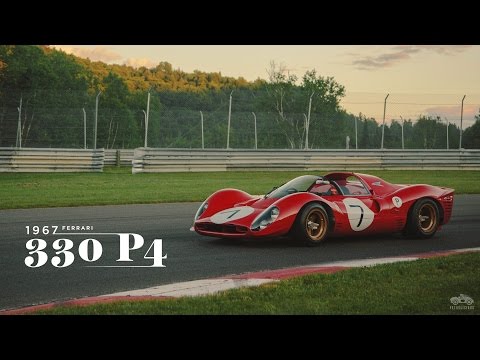 The 1967 Ferrari 330 P4 is one of the most beautiful race cars to ever appear on the track. The hand built prancing horse was a force to be reckoned with.

It is one of those cars from an era when Ferrari was a racing giant. The thought that another company would be able to bring the Italian sports cars down seemed unthinkable.

Of course Ford and later Porsche had something to say about that. Eventually Ferrari would loose its strangle hold on endurance racing, but for a while they were the king.

This video features footage of the 330 P4 driving on the track. It captures the sound and styling and talks about what made the car so special.