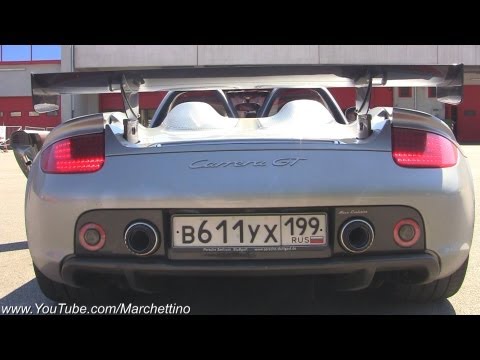 The Porsche Carrera GT is one of the last great analog supercars. It is a near perfect machine in stock form and yet a few owners thought that it could be just a bit better.

This video captures one such Carrera GT. It is a modified car which has its V10 engine outputting 770 horsepower. A stage 3 package by EDO Competition is on the car which includes a large rear wing, upgraded suspension, brake upgrades, engine upgrades and a six-point harness.

The footage features the car as it flys-by on the track. You can tell that it is very fast, but the sound of the straight-through exhaust is just insane.