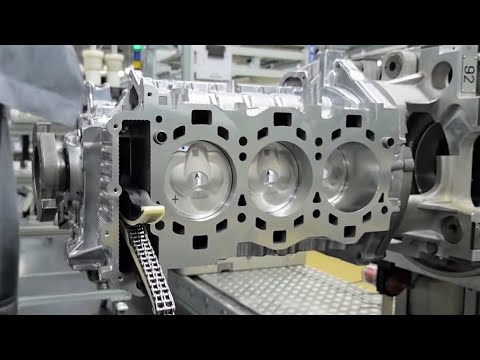 There isn’t anything quite like a Porsche flat-6 engine. The 911 (or Boxster or Cayman), just wouldn’t be quite the same without it. Other engines can be great, but few have the soul of a boxer engine.

While water cooling has muffled a bit of the sound that the air-cooled engines had, it has allowed for greater levels performance. A Porsche flat-6 often has lower horsepower numbers than other engines, yet it is able to punch well above its power level.

This video shows the Porsche assembly line that puts together the engines used in the 911. While it shows the build of the motors in the rear-engined sports car, the process is very similar to that of the company’s mid-engined flat-6 machines.