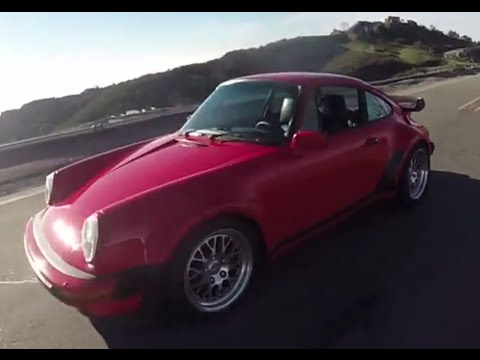 The Porsche 911 Turbo (930) is one of the all time greatest cars made by the German performance car maker. The 930 was incredibly fast for its time, but it was a tricky machine to drive. It received a reputation as a widow maker thanks to its combination of the rear-engine layout and the noticeable turbo lag.

The 930 is a very different car than the modern 911 Turbos. Sure the newer cars are much faster, but they don’t quite have the drama of the air-cooled cars. That isn’t to say they aren’t fun, but these older cars are just more raw and that makes them very special.

This video features Matt Farah driving a modified Porsche 930. The car puts out a very good 400 horsepower and thanks to its relatively low weight it makes for quite a quick ride. The boost may not kick in until 4,000 RPMs, but that simply adds to the drama.