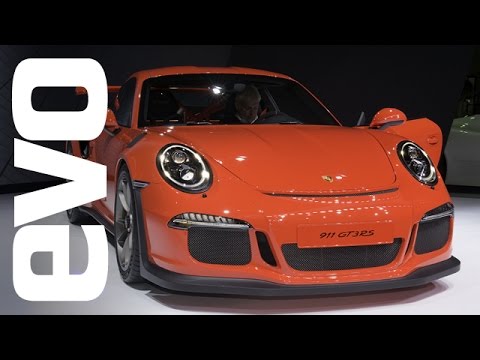 It is no question that one of the biggest stars of the Geneva Motor Show was the new 2016 Porsche 911 GT3 RS. The German performance car maker kept it a secret until the actual debut, something that doesn’t happen too often these days.

The RS may have air intakes that look like they belong on a turbocharged 911, but it is powered by a naturally aspirated flat-six. And what an engine; it is plenty powerful and should be great on a track.

Hit the jump to find out the specs and pricing of the 991 GT3 RS as well as see a video of it at Geneva.

Just how powerful is the race car for the street? The 4.0-liter engine will put out a conservative 500 horsepower. Couple this with the reworked PDK transmission and you have a track monster. It can go from 0-60 mph in 3.1 seconds and if you put it in the top gear and floor it, you can hit 196 mph.

The Porsche 911 GT3 RS is priced at $175,900 and will be available for sale in July of 2015. For this type of premium performance focused machine, that is quite a bargain.

This video from evo shows the new GT3 RS after its debut at Geneva. Porsche’s Andreas Preuninger talks about what makes the car so special, such as the magnesium metal used on the roof. He also explains how the fender “Shark Fins” work to creature downforce.