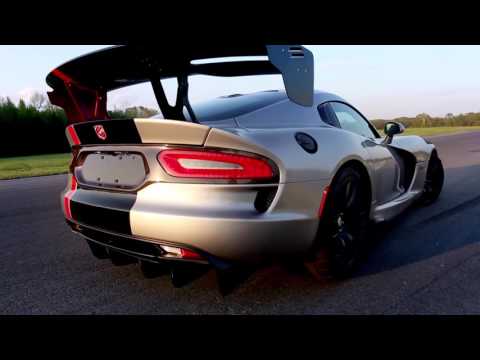 The Dodge Viper ACR has set itself as the track king in North America. Dodge took the track focused version of the American sports car to many circuits in the United States and it came away with 13 track records.

Laguna Seca may be the most impressive of the records. In managing to achieve the lap record the 645 horsepower V10 powered ACR was over one second better than the 887 horsepower Porsche 918 Spyder hybrid supercar. That is the same car that owns the production car lap record at the Nurburgring (Interesting enough both track records were set by Randy Pobst).

“The SCCA has certified that the new 2016 Dodge Viper ACR holds more track records than any other production car in the world,” said Tim Kuniskis, Head of Passenger Car Brands – Dodge, SRT, Chrysler and FIAT, FCA – North America. “We expected our new Viper ACR to be the fastest street-legal Viper track car ever. Now we know without a doubt that it is.”

In this video you can see highlights of the Viper ACR taking the lap record. It certainly is an impressive machine and getting so many records says a lot about the performance of the car.