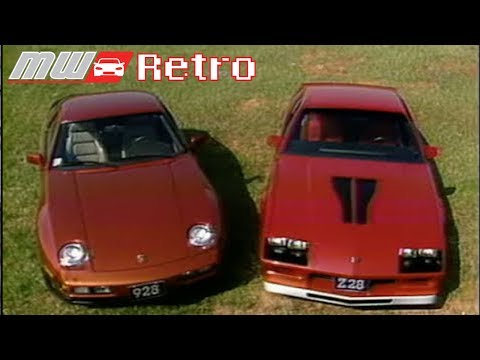 The Porsche 928 and Camaro Z28 are not vehicles that are often compared. They are in many ways totally different types of cars. The 928 is a luxury performance machine, but the Z28 is a muscle car that in 1983 still had a solid rear axle.

Of course this was the 80’s and the power outputs of both hover around the 200 horsepower range. For the time the 928 was one of the best handling cars in the world, but is it faster than the much less expensive Camaro on the track? Check out the below retro video from MotorWeek and see how these V8 performance machines stack up against each other.