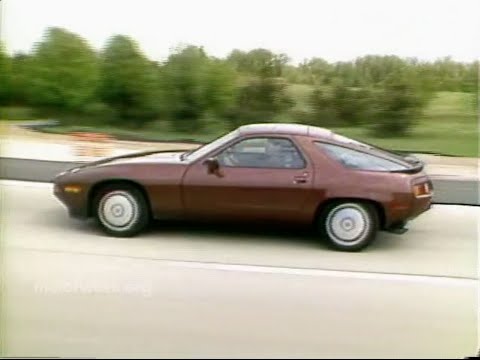 The Porsche 928 was quite a change for the German performance car maker. Until the 928 Porsche was known for rear and mid-engined sports cars. The 928 was the first car designed by the company to have the engine sitting in front of the driver (the 924 went into production first, but work on the 928 design began before the 924).

For 1985 Porsche introduced the US 928S with a 5.0-liter V8. The power plant featured four valves per cylinder and offered 288 horsepower, which wasn’t bad in the mid-80’s.

This video from MotorWeek shows a review of the 928S from 1985. It gives and idea of how the car was thought of in its day.