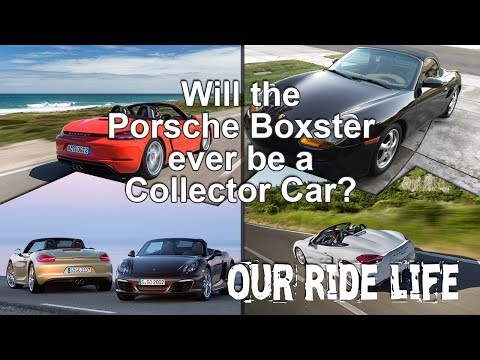 The early Porsche Boxster is possibly the best value that one can get in a sports car today. For around $7,000 you can get a well maintained 986 Boxster with a naturally aspirated flat-six and handling that is out of this world.

Sure there is that little IMS Bearing issue which is a large reason why prices are so low. But the early cars have a double bearing design that is much less prone to failure and you can get a retro fit kit that helps prevent it from causing issues.

On the surface to say the Porsche Boxster will be a collector car sounds daft. First it isn’t a 911 or supercar and they were built in relatively high numbers for a Porsche. Sure the Boxster Spyder is rare and very special, but outside of that (and a few other special editions) there isn’t much reason for the normal Porsche Boxster to be a collector cars. But is this actually the case or do some of Porsche’s recent moves give reason to believe that Boxsters will become collector cars?

This video features David sharing his thoughts about the future of the Porsche Boxster. He talks about why the Boxster might be a collector car in the future and gives an idea of how long you would need to hold on to one before it goes up in value.

Take a look at the video and then scroll down to the comments and tell us what you think about the future of the Porsche Boxster market.