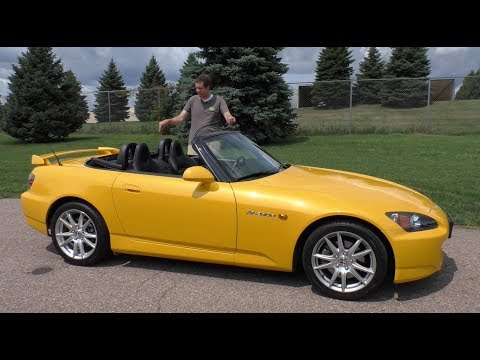 The Honda S2000 has a cult following. People who own the cars just enjoy them and most don’t want to ever sell them. The fact that through it’s production run only 66,547 were sent to the United States helps make it a bit more special than most other cars made by Japanese manufacturers.

Finding an affordable Honda S2000 is quite a task. A quick search found that most decent examples cost around $25,000 dollars. If you go for a higher mileage example of an early model prices go down as low as $15,000.

But is there another sports car that is better and costs less?

From a performance stand point the early Porsche Boxster is comparable to the early Honda S2000. The early 986 Boxster is a well balanced mid-engined roadster powered by a 201 horsepower 2.5-liter flat-six engine. While that is quite a bit less than the Honda the 181 lb-ft. of torque helps it feel quicker at lower RPMs. Porsche claimed the 1997 – 1999 Boxster could launch from 0-60 mph in 6.7 seconds although both Motor Trend and Road and Track managed it in 6 seconds flat. To accomplish this you still have to rev it a bit with a good amount of power coming above the 4,500 RPM mark.

Of course maintenance costs for the Honda are probably a little less expensive. However, if you get a well maintained Boxster (especially either an early model with the double row IMS bearing or one that has a retrofit installed) it won’t cost too much to keep it on the road.

When we tried to figure out why the Honda S2000 costs more than the early Porsche Boxster, there is one major factor. The S2000 is a very desirable car and one made in small enough numbers that the demand is high. Honda has a large following and a reputation for making dependable cars. For Honda lovers wanting a sports car the Honda S2000 is one of the more affordable choices as the NSX costs about twice as much. While the Porsche Boxster has a good following and it is enjoyed by all that experience it, it just simply is not a 911. Outside of some supercars the majority of Porsche enthusiasts mainly covet the Boxster’s rear engined sibling.

Given this information would you rather save some cash and drive a Porsche Boxster or get a Honda S2000 and figure it will retain more value? Scroll down to the comments and let us know what you would drive.