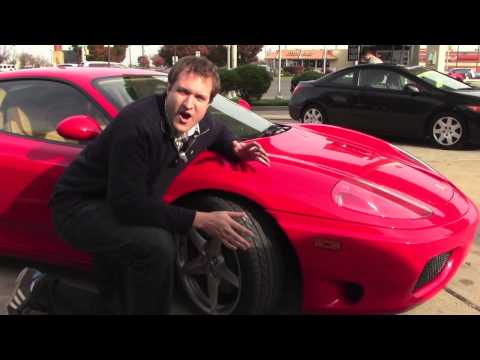 Not all that long ago for about $30,000 you could purchase a Ferrari 308 GTS / GTB. The same car in decent condition is now worth over $100,000 (nicer cars are often getting over $150,000). The 308 is a wonderful vintage Italian sports car, but maintenance costs (especially the engine out belt changes that need to be completed every few years) quickly add up. This makes it strictly a weekend driver.

You just can’t drive a Ferrari every day. There are various reasons for this and it is what led me to choose a Porsche over a Ferrari.

The Ferrari was the obvious choice for a weekend car that wasn’t going to be depended on. One that would be enjoyed on special occasions only. But that wasn’t the case for me.

I was looking for a sports car that was dependable and that I could enjoy each day. It needed to handle well and give the feeling of a special car, but without the overwhelming attention of a Ferrari or even a Lotus Elise.

For me there was only one marquee that would fit the bill, Porsche. Having already owned two of them (a 924 and 944), I was aware of how dependable they are as a sports car.

Because I had a hard time finding a 996 with a manual transmission in well maintained condition in my area (I found plenty of tiptronic examples for well under $30,000), I decided to test drive a well maintained fairly low mileage Porsche Boxster. The balance of the car simply won me over (I had already driven a 991 generation 911 and 981 generation Boxster and Cayman, so I had an idea of how the drive differed).

Fast forward to the present day and the Boxster has been extremely reliable. Maintenance I have had to do has mainly been the brakes, tires, air filter and oil changes. Outside of that I replaced the ignition switch (a very easy job and it only cost about $20) as well as the air / oil separator which cost about $200 for the part. So far I’ve done all of the maintenance myself (except for the tires) making it a fairly economical car.

Attention wise, since the front end looks almost exactly the same as the 996 generation 911, it does get some attention. However, Porsches are common enough that it doesn’t get overwhelming and annoying. It really is a great daily driver sports car.

The early 986 Boxster is a great deal and you can swap in a 3.2-liter flat-six from the Boxster S or a 3.4-liter flat-six from the early 996 without too much trouble if you want more than 200 horses. For me I plan on enjoying the car for what it is now and if the engine ever needs to be replaced, that’s when I will look at upgrading the power plant.

Porsche makes sports cars that can be lived with everyday, instead of just driven on special occasions. The only time I kick myself for not buying the Ferrari 308 GTS / GTB is when I look at the current values. As an investment the Ferrari would have gained in value quite a bit, but I wouldn’t have enjoyed driving it anywhere near as often as I do the Porsche Boxster.