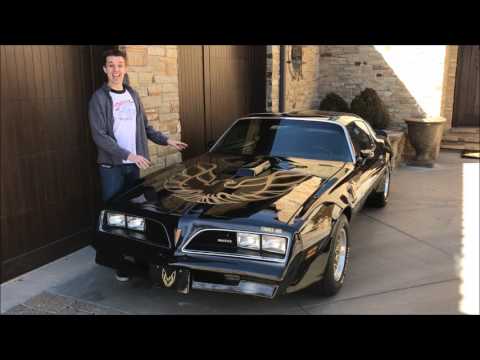 Finding an affordable classic muscle car is a difficult task these days. 60’s and early 70’s Ford Mustangs, Chevy Camaros and Dodge Challengers routinely fetch over $50,000 and can hit the six figure mark.

But is there still an affordable classic muscle or pony car?

The answer is yes! The late 70’s Pontiac Firebird Trans Am fills the bill. Sure it doesn’t have all that much horsepower by today’s standards (just 220 horsepower), but it is great fun on the road and makes a great sound.

The late 70’s Firebird Trans Am can be had for as little as $16,500, for decent running examples. Nicer lower mileage examples will raise this to about $35,000. While the build quality isn’t the best and it doesn’t have all of the modern features of a Honda Accord, it has great looks and offers quite the driving experience. Incredibly for or about the same price as the Honda, or a little less, you can drive the car from Smokey and the Bandit.

If you want a classic muscle car, you may want to get one of these Pontiac Firebird Trans Ams soon. If values of other classic muscle and pony cars are an indicator then prices will eventually raise considerably.

Scroll down to the comments and let us know what you think of the current values of the Pontiac Firebird Trans Am and their future potential.