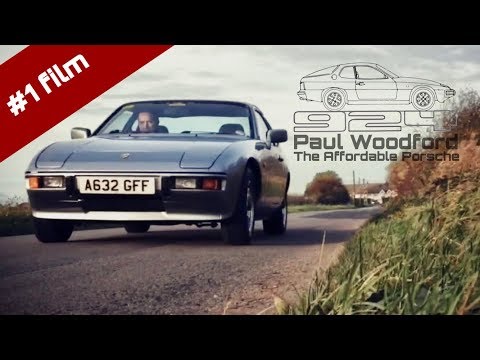 The Porsche 924 was not originally planned to be a Porsche at all. The sports car was to be designed by Porsche for Volkswagen. VW would eventually change their plans a Porsche bought back the design for the 924.

In recent years the classic car market has gone crazy. Examples of once cheap air-cooled 911s, 912s and 914s have risen to prices unthinkable just 5 years ago. Even the 944, 968 and 928 have seen prices jump.

The 924 hasn’t experienced this quite yet, so it could be a good time to buy.

There are a few variants of the Porsche 924 and some will likely be more valuable than the others.

At the top of the 924 hierarchy is the Porsche 924 Carrera GT. The road going version of the car that finished 6th overall at Le Mans is a desirable and rare car. The Carrera GT’s wife fender flares would be the styling blueprint for the later 944 road cars. Its turbocharged performance would show how capable a platform the 924 was.

Next would be the 924 S. The S model features the styling of the 924, but with a more powerful Porsche designed engine sourced from the 944. The 924 S gets 150 horsepower and thanks to the counterbalancing shafts used in the 944, it is a smooth ride.

The 924 Turbo offers more aggressive styling and a bit more punch from the Audi sources in-line four cylinder. Power for the turbo car is up to 170 horsepower and 180 lb. ft. of torque. This helps make the experience more fun, but there is a good amount of turbo lag in these cars.

The standard 924 doesn’t quite offer the performance of the other cars, but it can still corner like a dream. Due to smog rules in the US, horsepower ratings are under 100 horsepower for some years. Later cars would see this rise to about 120 horses (depending on the year).

Thanks to its front engine rear transaxle layout, the 924 is a great handling car. Many parts are VW or Audi sourced, so they are somewhat more affordable to maintain than some other Porsches. They are also from an era where cars were still fairly simple making it possible for the backyard mechanic to do much of the maintenance.

Prices for the Porsche 924 Carrera GT often go over the $100,000 mark. They will most often be available at auction due to their limited numbers. If you have the cash, it is probably a good investment.

The Porsche 924 Turbo can be had between $4,000 – $12,000 for good running examples. Obviously, prices go up for cars in better condition. It can be difficult to find a 924 Turbo for sale and there is some added maintenance cost associated with turbocharged cars.

At these prices the Porsche 924 is currently the most affordable vehicle that you can buy with a Porsche badge. They can be enjoyable to drive, especially when the road gets curvy.

If you enjoy a good handling classic car, the 924 fits the bill. The fact that it is still a cheap option (outside of the 924 Carrera GT) that could go up in value just makes it more tempting.