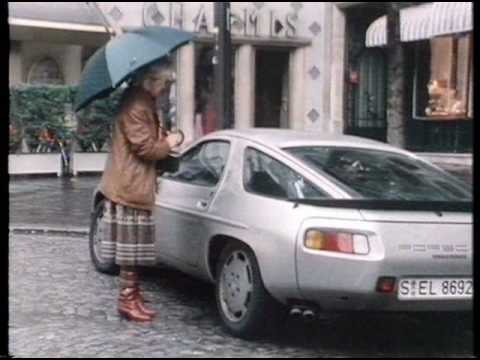 The Porsche 928 was once the pinnacle of the German performance car maker’s lineup. It sat just above the 911 and outside of the period of time that the 959 was a available, it was the most expensive Porsche road car that money could buy.

The 928 has since hit depreciation like a brick through a window. For a long time even the most exclusive versions of the GT car were available for under $30,000. Early examples could often be found for under $5,000 in decent running condition.

But the Porsche 928 has started to pick up steam and gain value.

The later more powerful models like the 928 GTS in good condition can fetch prices in the $90,000 range. Low mileage manual transmission examples can even go higher. The somewhat less powerful S4 can fetch about $30,000 for lower mileage clean examples.

Prices do go down from there and a higher mileage 928 S4 in good condition can go for as little as $15,000. Earlier 928 S models can be had for slightly less with good condition vehicles still being available for about $12,000.

As prices lower from there condition usually goes down and mileage goes up. You can find early examples in need for about $5,000, but these cars will often cost you more in the long run than a well maintained example.

While the newer examples have grown in value the most, this makes the earlier versions of Porsche’s first front-engined V8 a good potential investment. The 928 has started to gain in popularity in recent years and the faster examples have blue chip investment potential.

Even if it takes a while for the 928 to truly take off like the air-cooled 911 that it was originally to replace, it is still probably the best GT sports car ever made. If you buy one, enjoy it and you won’t be disappointed.