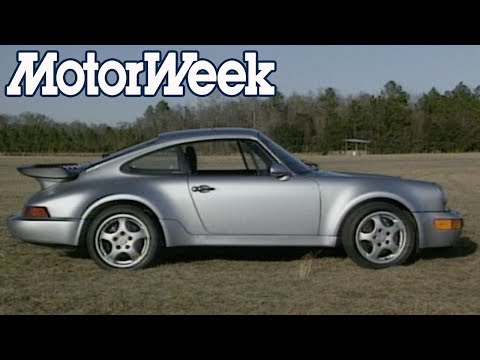 The Porsche 911 Turbo has always offered performance that rivals some of Italy’s great exotics. When first introduced in the 70’s the turbocharged sports car received a reputation as a widow maker. Thanks to its turbo lag and the rear engine layout, the 911 Turbo was a recipe for disaster for lesser skilled drivers.

Over the years Porsche’s world class engineering has managed to take all of this away. Using what can only be referred to as technical wizardry, the latest 911 Turbo is fast and yet nimble even for less experienced drivers. Each evolution of the 911 has seen the Turbo change from essentially a Terminator to an R2-D2. The early 90’s Porsche 911 Turbo represents a major step toward the car we have now.

For the 964 Turbo the car’s turbo lag was greatly reduced and the use of reworked suspension helped handling. The power output of 315 horsepower may not seem like that much today, but in the early 90’s it was a huge number.

These are very sought after cars these days. All air-cooled Porsches have become worth a decent amount of money (even if the market has softened a small amount as of late), but a car with this type of performance in an air-cooler package is high on any enthusiasts list.

This video shows what Motor Week thought of the 1992 Porsche 911 Turbo. In many cases people’s opinions of cars change over time, but with the 964 Turbo they haven’t changed all that much.

Check out the video and then scroll down to the comments and let us know what 911 Turbo variant is your favorite.