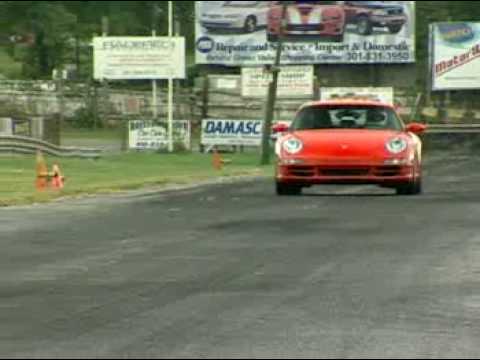 The Porsche 997 is considered one of the best looking modern 911s that can be purchased. After the 996 generation took the brunt of complaints over the change to a water-cooled flat-six, the 997 looked to improve on where the 996 left off.

Beyond the engine featuring liquid cooling, the interior and headlights of the 996 were not popular with purists. The 997 was built with these comments in mind.

Motor Trend talked about how the changes in the 997 over the 996 felt like Porsche had made all of the small changes to the 996 they they had been wanting.

You’ll know it by its shape and the familiar, hairdryer rasp of that whirring flat-six. The ignition switch remains just to the left of the steering column. And for the 2005 model year, Porsche’s iconic 911 will greet you with a modern rendition of the friendly face that made you love it in the beginning. Like it or not, Porsche had to get past an air/oil-cooled powerplant. The current 996-platformed cars, introduced for the 1999 model year with proper liquid cooling, accomplished that. More than 160,000 have been sold. We’ve tested every iteration and generally praised them. But that praise always came with a To-Do list attached: “Too much road rumble from the rear suspension.” “The front sheetmetal and interior designs resemble the Boxster’s.” “This Tiptronic sucks.” “Wish it looked more like the old one.”

It would be daft of us to suggest that Porsche had a copy of this laundry list on hand when it designed, engineered, and spec’d out the new Carrera and Carrera S. But the sweeping evolution the car has undergone aptly addressed our issues, and then some. Save for reuse of the roof panel and some chassis architecture, the changes go far beyond the scope of a midlife update, creating, for the most part, an all-new machine.

Motorweek praises the Porsche 997 Carrera S for its performance and for taking the water-cooled 911 to the next level.

Automobile magazine enjoyed the 997 so much that they didn’t want to return it.

We arrive back at Porsche’s HQ with steaming brake discs, crackling exhausts, and scrubbed tires. It’s hard to get out and switch off just like that, because the car is so compelling. The new 911 is immensely involving, more complete and more able than ever, faster still and yet better balanced, as unmistakable as before but at the same time more accessible. The engineers have done a sterling job, and, if our three-day experience is anything to go by, Porsche may need to expand the facilities at Zuffenhausen to store the extra revenue this model will generate.

Fifth Gear compared the 997 to the 996 and showed how much the new model had evolved.

Of the size, Road and Track commented about how it grew from the 996, yet felt smaller.

At first glance, the new 911, designated as the 997, looks smaller than its predecessor, the 996. But, in fact, it has nearly 1-in.-wider front and rear tracks, and its overall width has grown almost 1.5 in. That the 997 looks slimmer can be attributed to the car’s shorter length and taller stature combined with a narrower waistline. And thank goodness the circular headlamps are back. The oval headlights with the separate foglights underneath recall the 911’s much-loved 993 design.

The Porsche 997, especially in Carrera S form, rightfully was praised for its improvements over the 996. The 996 generation car was a very good car, but the 997 took the 911 evolution to the next level of quality and performance.