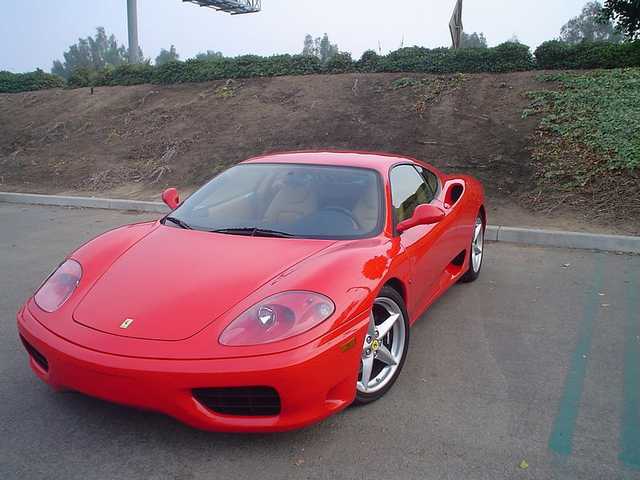 The words Ferrari and investment are often used together in the collector car market. With the current COVID-19 pandemic shutting down much of the world’s economy, many are looking to take their money out of the stock market and put it somewhere that it can retain its value. While a well balanced portfolio over a long period of time, will likely (at least historically based) be a good investment, for those trying to time the market or to be prepared to weather the storm, the collector car market starts to look very tempting.

The ideal car to purchase is one that has hit all of its depreciation and that has the potential to appreciate. The great thing with collector cars is that you maintain a tangible asset that will have some value into the future no matter what happens with the world’s currencies. Of course there is the issue of maintenance of a car, but if you buy a well maintenance example to begin with and keep the miles low, you may not need to put much into it when you decide it is time to sell.

One car that appears to possibly be near the bottom of its depreciation curve is the Ferrari 360.

The 360 appears to have flattened. Based on Hagerty’s Valuation Tool, over the past three years the average price of the early Ferrari 360 has hit it’s lowest level in early 2018. Since then it has been holding steady and the nicest examples have slightly gained in value.

This trend appears to show that the 360 is potentially a good bet. The average price of a good Ferrari 360 is currently $61,000 with lower end higher mileage examples going for as low as $45,000 and lower mileage better maintained examples fetching an average of $90,000. Of course some may fetch more or less depending on condition and mileage.

While it looks like the 360 is a good purchase right now, there is always a catch with owning a Ferrari. Of course the issue is maintenance and the Achilles Heel of the Ferrari 360 is the clutch.

That flappy-paddle gearbox, as Jeremy Clarkson coined the phrase when the 360 was first released, was not a popular item with some in the media when first released. The clutch does wear fairly quickly on the Ferrari and replacement can cost $5,000 – $8,000 depending on the shop. Ferrari recommends replacement at 80% of remaining clutch life, but some have waited until 20% of remaining clutch life as this is where the clutch will begin to slip.

Of course major engine service will also cost big money (it is a Ferrari after all). The every 15,000 mile service will run you about $6,000 depending on what shop you use. Some places even charge $1,000 for a simple oil change.

Ferrari ownership is not for the faint of heart. As with any exotic purchase a pre-purchase inspection done by a mechanic familiar with the 360 is a very good idea.

The 360 does provide a relatively affordable option to get into a mid-engined Ferrari. As an investment it should hold its value, but the money you are trying to maintain and possibly grow can go out the window quickly with a single large maintenance bill.

Of course purchasing a Ferrari 360 as a special occasion drive that may gain value is probably the wisest way to look at it. You may gain money and you could loose money, but the prancing horse in your garage will always be worth something.