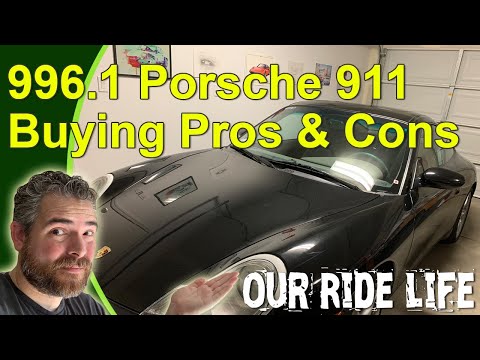 The early Porsche 996 was the first time that the legendary Porsche 911 had been water cooled. Sure Porsche had used water to cool their front-engined cars and the 959 had water cooling its heads, but no production car sold as a 911 had used anything except God’s good air to keep temperatures lower.

Even though purists didn’t like this move it was a necessary one as Porsche was reaching the limits of what could be done with an air cooled vehicle. It did bring an added benefit of air conditioning that worked quite well instead of the system that barely worked in the air cooled cars.

Now the 996 did change a lot for Porsche, including their manufacturing techniques. Before the 996 generation 911s were hand built with people climbing ladders to get parts. Porsche fixed that with the 996 and every 911 since, while still having craftsmen at work. However, as the first attempt the early cars do have an interior that is not quite as nice as some other 911 models.

Even with little issues with things like plastic in the interior, nobody could argue that the early 996 doesn’t drives like a 911. The 996 is one of the last generations that has a vintage driving feel as each generation after it has evolve into more of a GT car.

This video talks about the pros and cons of owning an early Porsche 996. Check it out and then scroll down to the comments and let us know what you think of the early 996 generation of the Porsche 911.