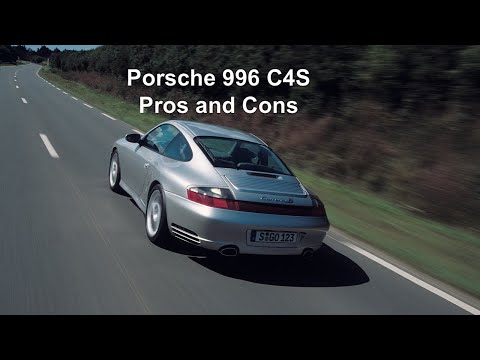 At first glance the Porsche 996 Carrera 4S looks like a 911 Turbo. However, a closer look parking a 996 C4S next to a 996 Turbo highlights the differences. Both have similar styling with 996.2 style lights and the same front and rear bumper cover.

Styling differences include the lack of rear air intakes that are found in the 996 twin-turbo, the closed air outlets of the rear air diffuser for the C4S and the 911 Carrera 4S has its signature rear reflector strip.

The 996 generation of the Porsche 911 C4S offers a wide body all-wheel drive experience similar to the turbocharged 911, but in a naturally aspirated form. You do loose about 100 horsepower, but it is still plenty of performance to get in more than enough trouble.

While you don’t have a mezger engine with the 4S, if you take care of the normal known issues, you have a great car that costs about $10K less than the equivalent 996 Turbo.

This video talks about the pros and cons of owning a Porsche 996 C4S. Check it out and then scroll down to the comments and let us know what you think of the 996 generation of the Porsche 911 Carrera 4S.