The Porsche 919 Hybrid Tribute is touring the world. The prototype race car isn’t just going around the world for show, but it is mixing business with pleasure. The 919 has already set a few records and there may be more to come in the future.

Most of the time a Formula 1 car is the fastest thing on the track. But Porsche had other ideas with the 919. The first record they shot for was to prove that their prototype is faster than an F1 race car.

END_OF_DOCUMENT_TOKEN_TO_BE_REPLACED 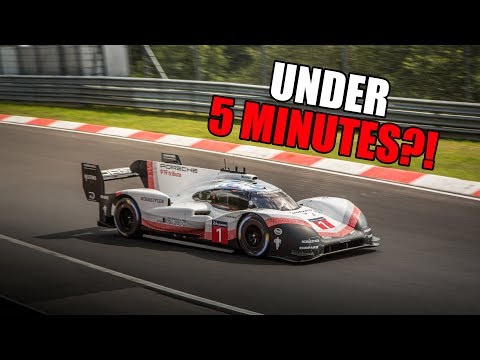 Porsche currently owns both the production car lap record of the Nürburgring, with the new Porsche 911 GT2 RS, and the overall record, with the Porsche 956. Back in 1983 an overall record of 6:11:13 was set by Stefan Bellof driving the 956.

Porsche is currently taking the 919 Hybrid on a world tour after retiring from its third straight 24 Hours of Le Mans overall victory. The Porsche 919 Hybrid EVO is extremely fast. Just how fast is it? The prototype has managed a quicker time than a Formula 1 car around Spa.

END_OF_DOCUMENT_TOKEN_TO_BE_REPLACED

This picture is of a Porsche 919 Hybrid LMP1 car. It was taken at this year’s 24 Hours of Le Mans which saw Porsche win for the second straight year after an exciting finish with plenty of drama.

END_OF_DOCUMENT_TOKEN_TO_BE_REPLACED

This year’s 24 Hours of Le Mans featured one of the most exciting finishes in recent history. However, if you were watching it on Fox Sports 1 you were probably caught off guard during the last hour which included the exciting finish. Coverage was switched to Fox Sports 2 which was a last minute programming change. This was a change that was not well communicated and left many wondering how to watch the last hour of the race.

END_OF_DOCUMENT_TOKEN_TO_BE_REPLACED

We are about two weeks away from the most notable endurance race in the world. The 2016 24 Hours of Le Mans will start on June 18th. The famed race is a key one for manufactures who put their latest performance technologies to the grueling test.

Over the years no manufacture is more tied to the event than Porsche. The German performance car maker has achieved overall victories a record 17 times at the Circuit de la Sarthe. That includes their win this past season, which also saw the manufacture take home the World Endurance Championship (WEC) title.