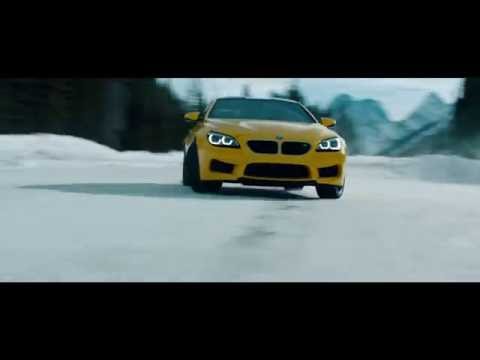 Today’s video was sent to us by Pennzoil. The footage shows a BMW getting skidding in the snow in what looks like was a great deal of fun to film.

END_OF_DOCUMENT_TOKEN_TO_BE_REPLACED

If you are a car guy (or gal) with a child (or a few of them) then you probably hope that your son or daughter enjoys automobiles as much as you do. The great thing about cars is that they can help bring people together whether it be driving them, looking at them or working on them.

You also want your child to be a responsible member of society. Learning a bit about business is a good way to help with this.

Pictured above is Jeff Maciejewski with his son Casey and they were able to combine starting a business with their love of automobiles. Thus Heritage Racing was born. The startup currently makes automotive related T-Shirts and they will soon have a vintage racing coloring book for adults (which will be out by the end of May), and an 18-month motorsports calendar, listing scheduled SCCA, FIA, F1, and WRC events (due out in August).

We were able to ask Jeff some questions to get to know a bit more about the father and son team, so click the jump (or scroll down if you came directly to the full article) to learn more about Heritage Racing.

END_OF_DOCUMENT_TOKEN_TO_BE_REPLACED

It has been confirmed by BMW that the German automobile manufacture will build a BMW X3 M. The car will be a high performance SUV / crossover version of “the ultimate driving machine”.

From a performance stand point, look for the X3 M to be close to the Porsche Macan. The likely power units is a turbocharged 3.0-liter Inline 6 that is found in the M4. Expect for horsepower to be north of 400 and a 0-60 mph time of around 5 seconds. Not bad for a car made to haul the kids to football practice.

Our friends over at TopSpeed have been kind enough to provide us with a rendering of what the new BMW X3 M might look like. Expect to see it on the auto show circuit later this year or early next year, with it hitting showrooms in 2016 as a 2017 model. 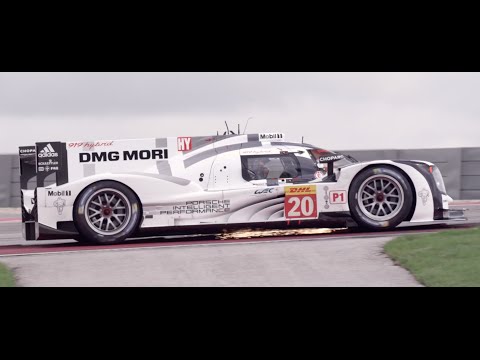 The race weekend was a good one with plenty of action all around. In the championship race Porsche managed to get the manufactures championship and and Dodge took home the GTLM class driver’s and team championships.

The only thing that could make it all better is watching the highlights in slow motion. Our friends over at Drive think the same way and have put together a clip of highlights from the various action of the weekend. It contains footage of Porsches, Ferraris, Vipers, Corvettes, BMWs and more.

Enjoy the video and then let us know what you thought of the first season of United Sportscar Racing in the comments.

The 2015 BMW i8 is a plug-in hybrid in the vein of the Porsche 918 Spyder and McLaren P1. Where the i8 differs from those supercars is that it is a hybrid sports car that is much more affordable.

Of course it has less power than a P1 or 918, it instead has its sights on the mighty 911. Taking on a car that has evolved over 50 years is not an easy task, but if BMW is successful they will have truly made “The Ultimate Driving Machine”.

The styling of the BMW i8 is something straight out of a science fiction movie. Looking at it is as if you are seeing a car from the future.

It has flowing lines that follow the contour of the car from the front to the back. The headlights appear to be squinting and you know that it is a BMW thanks to the traditional split grille. A hood scoop gives the sports car a higher performance look from the front view.

From the side you have large air intakes behind the doors and the back has a rounded style. Speaking of doors the gullwing style doors help give the car a supercar feel.

The concept style continues on the inside with plenty of interesting angles throughout the interior. As expected the materials used are all high quality and it has a very upscale feel. The styling of the interior is very futuristic while maintaining a modern sporty feel.

At the heart of the BMW i8 is a three-cylinder turbocharged engine that puts out a decent 228 horsepower. This is then supplemented by an electric engine connected to the front wheels that has an output of and extra 129 horsepower. At the rear there is yet another electric motor that adds another 13 horsepower, but its main job is to top off the charge on the battery.

When everything comes together the combined output comes up to 375 horsepower and 420 foot-pounds of torque. The gasoline engine is mated to a six speed automatic that is used to get the power to the rear wheels.

All this hybrid technology equates to a 0-60 mph time of just 4.5 seconds. That is fast enough to make any Prius owner wish they had an i8 and a 911 Carrera S owner nervous.

Chris Harris was able to review the i8 and put the car through its paces. In the above video review he talks about its good points and its bad. He drives it in all electric mode and in hybrid mode and then talks about how well it drives. Chris then goes on to point out some of the things that you have to get used to with driving the BMW.

Official pricing has yet to be released, but it is believed that the new BMW hybrid will start at $105,000. That will put it right in the territory of the Porsche 911 Carrera S.

The BMW i8 is an interesting concept and looks like it will be a very good car. The question is will the new school German sports car be able to compete with the time tested formula of the Porsche 911. The i8 is a glimpse at the future, but many enthusiasts will opt for the 911 if the pricing is similar.

Desktop wallpaper of the BMW i8