The 1959 Volkswagen Type 1 (a.k.a. Bug) was the second year of the square rear window. The car was economical and dependable, but not exactly built for speed. Still it had great looks and tuners quickly realized what a few modifications could do.

END_OF_DOCUMENT_TOKEN_TO_BE_REPLACED

A Boxer Engine can be quite a power plant. In automobiles they have been used in various models, but the air-cooled Volkswagens, Mid and Rear-engined Porsches (with a few exceptions) and many Subarus are the best known.

The design has many advantages from a lower center of gravity to reduced vibrations. The engines can also be very powerful, just look at what Porsche has done with the GT3 as an example.

Check out the video below and then let us know your thoughts on it in the comments. 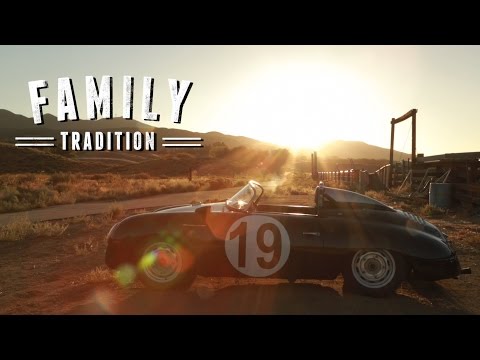 A Porsche 356 Outlaw can be just an awesome car. Taking a wonderful classic and making it into something that is one of a kind can make for quite a car. Doing it properly and tastefully is the key.

The Emory family knows how to do an Outlaw right. After all they were the family who’s builds the name was coined after. In 1948 Neil Emory started the family legacy with his hotrod builds. Later on as his sons and eventually his grandson joined the family business they created the original Baja Bug.

They later turned their sights to the Porsche 356 which is how they became the Outlaw designers. The family shop still builds 356 Outlaws using tools that would have been available to Porsche when the 356 was still being sold.

Their cars aren’t just exquisite show pieces, but they are meant to be driven. That is what Rod, Neil’s grandson, loves to hear from customers.

This video gives some of the history behind the shop that gave us the 356 Outlaw. It also has some great images of these wonderful modified Porsches being enjoyed on the road.

65 years ago the Volkswagen Type I (a.k.a. Bug or Beetle) first came to the United States. The rear-engined car became extremely popular in this country largely during the ’60s.

The economical small car was originally designed by Ferdinand Porsche and parts from VWs were used in early Porsche 356s. Partly because of this many people that now own Porsches once owned a Volkswagen.

I personally have owned a 1959 Type I and it was a fun car to drive. It wasn’t very fast (I once got pulled over on the freeway as was told I needed to go faster), but it made you feel good while you were driving it. Plus it was easy to work on. My only complaint was that my 1959 didn’t have a gas gauge (that was optional for that year and was essentially a dip stick).

But what about you? Have you ever owned a VW Beetle?