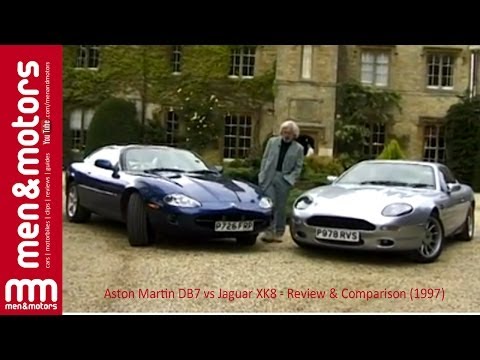 END_OF_DOCUMENT_TOKEN_TO_BE_REPLACED

Each weekday we will ask you a performance and/or luxury car question. You submit your answers in the comments and then the next day we will follow it up with the answers that we thought stood out most.

END_OF_DOCUMENT_TOKEN_TO_BE_REPLACED

Aston Martins are some of the most luxurious sports cars on the road. They are fitting of a British secret agent, but they also cost plenty of money.

What if you want to feel like James Bond, but don’t have a huge budget? Well, there are a few “cheap” Aston Martins out there and we have put together a list of 5 affordable cars from the English sports car maker.

The Aston Martin V12 Vanquish is a very powerful luxury sports car. To find an “affordable” model you have to look at the early 2000 time frame. The 2002 and 2003 years offer a little more bang for your buck. For those years you are looking at a 460 horsepower luxury rocket.

The Aston Martin DB9 replaced the very successful DB7. They didn’t call it the DB8 as it was thought that it would cause people to think that it only had a V8 engine instead of a V12.

The V8 Vantage may only have a V8 instead of a V12 like some others on this list, but it still offers 380 horsepower in a somewhat affordable package. While not cheap you can have one of these exclusive automobiles for about the price of a new Porsche Boxster.

The Aston Martin Virage is the car that eventually became the Vantage. The V8 powered grand tourer put out 330 horsepower and could hit a top speed of 158 mph. Styling is very late 80’s / early 90’s, but with less than 400 produced it is guaranteed to be rare.

The DB7 is the car that came before the DB9 and it was a good car for the company. The luxurious grand tourer was available with an inline-six cylinder engine. The 3.2 liter units produced over 300 horsepower and made for a good performing car (remember that the earliest cars were made in 1994, so 300 horsepower is pretty good).

If you do a bit of hunting you can purchase a used Aston Martin for about the same price as a new Honda. Or you could even look at Jaguar for an even less expensive British sports car, but it won’t have the exclusivity of its British relative.

You will need to remember that repairs can be expensive with these cars, so buy a well maintained example and make sure to put a bit away for future repairs. If you look carefully and buy a good example Aston Martin ownership can be great.