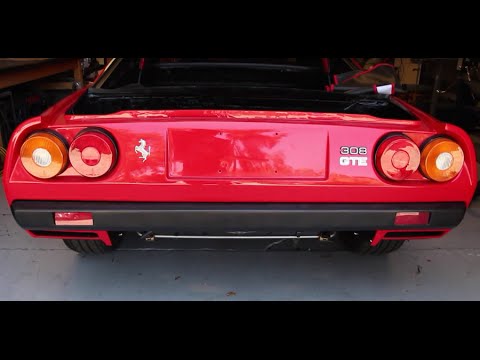 Most people agree that electronic vehicles are the future of the automobile. With this change it is possible in 20-30 years that it will start to become difficult to find a gas station as we know it now. The question is if this happens just how do we keep these cool rides on the road?

END_OF_DOCUMENT_TOKEN_TO_BE_REPLACED

If you love the automobile then you likely have a dream car list. These cars likely include plenty of expensive high performance gas powered vehicles. The key word there is gasoline. On the list there may be an electric or hybrid mixed in, but chances are that you mainly have V8’s, V10’s, V12’s or flat-sixes.

If you have been hoping for a gasoline powered automobile then the clock may be ticking to purchase your dream car. It is officially time to cash in your 401K, sell your stocks, sell your Bitcoin and use your kid’s college fund before it isn’t an option.

END_OF_DOCUMENT_TOKEN_TO_BE_REPLACED

Formula E Will Be Covered By FOX Sports

FOX Sports has made a multi-year deal with the new Formula E racing series. The series is the first racing series to feature all electric cars racing. It was created to promote the improvement of technology of electric vehicles.

The hope is that through racing development that future all-electronic cars will be able to perform better and charge faster. This is a good thing for us that like performance cars as it looks like all-electric cars are likely the future of the automobile.

Of course this is the infancy of the new series, so the technology is still very new. In fact because of the amount of time it takes to recharge the electric racing cars batteries pit stops will involve changing cars. The races should be worth watching just to see that happen. The open wheeled racing series will also be the quietest racing series ever.

The deal with FOX is a multimedia deal and will involve various networks including the new FOX Sports 1 (formerly SPEED).

Let us know in the comments if you will watch Formula E and what you think of racing with almost no sound.

Formula E (www.fiaformulae.com) is a new FIA Championship featuring open-wheel cars powered exclusively by electricity and racing in the heart of 10 of the world’s leading cities, including two in the US with Los Angeles and Miami. Designed to promote interest and investment in electric vehicles and sustainable motoring, 10 teams each with two drivers will compete in one hour races using Formula cars capable of reaching speeds of more than 220kph with zero emissions.

“This series makes racing very relevant well into the future,” said Carlos Martinez, President Latin America for FOX International Channels, who helped broker the deal. “With a global approach to acquiring knowledge and fast-tracking technology through the world of international racing competition, the FIA Formula E Championship is much more than just another weekend at the track…it makes racing an integral part of solving one of the world’s most daunting challenges and we are thrilled to be a part of that process.”

The deal, across all territories, includes exclusive and non-exclusive on-line and mobile transmission rights.

“We are very proud to announce this major agreement between FOX and the FIA Formula E Championship and to be partnering a truly global organization that fully believes in the future of racing,” said Alejandro Agag, CEO of Championship promoter Formula E Holdings. “This global broadcasting deal will bring our Championship to nearly 90 countries and a potential 180 million households worldwide, giving our partners, our teams, and our team’s partners a platform to visualize the association to the values of this competition. We are particularly happy to join FOX at the time when FOX Sports 1 is being launched. America is a key market for electric cars and to show our races live in the US will be central to promoting this type of mobility.”

As well as two races in the US, last month saw leading IndyCar outfit Andretti Autosport become the first US team to join Formula E. Six of the 10 teams have now been signed for the inaugural season, three of which have already been announced with Andretti Autosport, China Racing and British-based Drayson Racing.

Pikes Peak will be coming soon and many automotive manufactures use the event to test new technologies. This year Mitsubishi will be one of these companies competing in the EV Division. They will be running their new all-electric MiEV Evolution II. The car looks like a high performance car that should be able to get up the mountain with little trouble.

Most of the time when we think of 100% electric vehicle they don’t offer much performance. However, this purpose driven car will offer 536 horsepower as it drives its way up the side of Pikes Peak. All that power is mated to an all-wheel drive system that should help keep the traction as it heads up the hill climb.

Testing like this is important for the automotive buying public as it leads to what will be available to us in the future. Most manufactures believe that all electric cars are the future and this development will help us get better performing, less boring cars.

The Mitsubishi Motors Racing Team conducted vehicle testing of the all-new MiEV Evolution II at Pikes Peak on June 15-16 in preparation for this year’s Race to the Clouds and the 100 percent electric-powered racing prototype performed flawlessly.

“I was very impressed with the performance and capabilities of last year’s Pikes Peak racing car,” said Masuoka. “But the improved power output, Super All-Wheel Control (S-AWC) handling and level of downforce exhibited from this year’s all-new MiEV Evolution II is remarkable.”

“Having watched Mitsubishi Motors’ success last year in their inaugural Pikes Peak run, and having used Mitsubishi’s S-AWC in my World Record Loop at the X Games, I was honored to be given the opportunity to race for MMNA in the EV Division. Having now tested the car, I am even more thrilled.”

First run in 1916, the Pikes Peak International Hill Climb is a treacherous 12.42-mile/156 corner road course through the Rocky Mountains in Colorado commencing at an elevation of 9,390 feet and finishing at 14,110 feet, nearly three miles above sea level.