This past weekend was Rennsport Reunion V. The event was the place to be for any Porsche enthusiast as historic competition machines from the automaker took to Laguna Seca.

The amount of cars in the Monterey Peninsula from the German performance manufacture was simply staggering. Just about everywhere you looked in or around Laguna Seca was a Porsche.

END_OF_DOCUMENT_TOKEN_TO_BE_REPLACED

Paul Newman was quite a car guy and so is Adam Carolla. Recently, Adam has been working on a documentary of Mr. Newman’s 35 year racing career.

The film is scheduled for release on May 22nd and should be of interest for any automotive enthusiast. The late actor was a very good driver and had some great automobiles in his collection.

Click past the jump (or scroll down if you came directly to the full article) to find out more about Adam Carolla driving one of Paul Newman’s cars.

END_OF_DOCUMENT_TOKEN_TO_BE_REPLACED 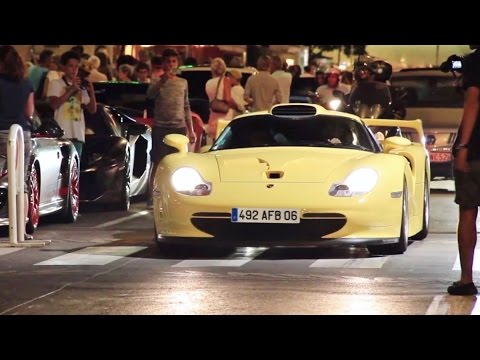 There are plenty of cars that claim to be a race car for the street, but there are only a few that are pretty much the same as a Le Mans class winning race car. The Porsche 911 GT1 was available as a street legal car, but only 25 were made.

The reason that a street car GT1 exists is that it needed to be built for homologation purposes in order to compete in the GT1 class. With such low production numbers one isn’t likely to see two at any one time.

The Porsche was considered extremely fast back in the mid-90’s. It could rocket from 0-60 mph in just 3.9 seconds in street form and offered 544 horsepower. What makes it even more unusual is that it is a mid-engined 911.

This video features a 911 GT1 driving on the street. It shows the styling of the very high performance car and captures the exhaust sound. 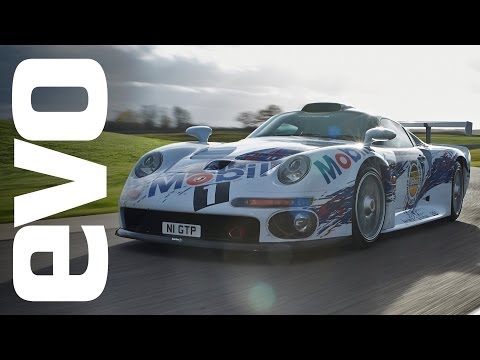 The Porsche 911 GT1 is an iconic race car. Chances to drive one of these wonderful 911s is very rare. Not very many people can say that they have been behind the wheel of one of these German masterpieces.

evo Magazine’s Henry Catchpole is one of the fortunate few to have had a chance to get behind the wheel of one of these powerful racing machines. Needless to say doing so was certainly a once in a lifetime experience.

This video features Henry talking about the car and his driving it on the race track. It also contains footage of him driving the GT1 on the track.

Recently, we shared a video of 1,208 Porsche 911s taking a parade lap of the Silverstone track. This was the largest gathering of 911s at a single place which set a world record. The gathering of the rear-engined sports cars saw cars from each generation of its development. The cars in the parade include both street and race cars.

This video shows highlights from the gathering. It features some great footage of all the 911s that made this event possible. It also contains interviews with some racing legends, notable personalities as well as Mark Porsche (the son of Ferdinand Alexander ‘Butzi’ Porsche). Watching all these cars go by is just a thing of beauty.

Check out the video and then let us know what you think in the comments below.