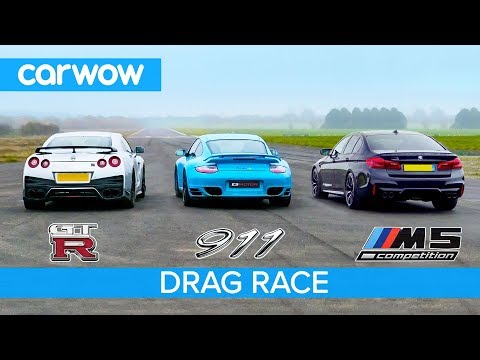 The Porsche 997 Turbo, Nissan GT-R and BMW M5 Competition are all machines that just about any enthusiast would give their left arm to drive. All three use forced induction to make enough power to rotate the earth.

The new BMW M5 Competition costs the same as a tuned Nissan GT-R or a 997 Turbo. In this case the GT-R was modified by Litchfield and the 997 by ES Motor.

END_OF_DOCUMENT_TOKEN_TO_BE_REPLACED 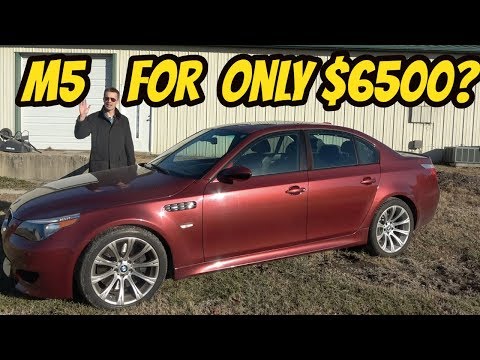 When people ask me about buying a used performance car, among other things, I always recommend buying the best well maintained example that they can afford. This can end up saving you thousands of dollars in future repairs and will often end up costing less than buying a vehicle with needs.

Modern BMWs are known as the “ultimate driving machine”, but this can come at a high price. BMWs get hit hard with depression, which can make them a tempting purchase, but repair costs are often high on these luxury cars.

END_OF_DOCUMENT_TOKEN_TO_BE_REPLACED

The 2015 BMW M5 30th Anniversary Edition is designed to celebrate the M5’s 30 years of existence. Production of the special car will be limited to just 300 world wide with only 30 coming to the United States.

This means it will be a very rare BMW and plenty of buyers will be getting in line quickly. The 30th Anniversary Edition features a more powerful engine output and a quick 0-60 mph time than the standard M5.

From the outside there isn’t really anything letting anybody know that this is more than your standard BMW M5. It features the traditional split grille that is expected on any BMW. Except for the M5 badging, the front air-intakes, side air outlets and quad tail pipes are the main give aways that this is an M5.

The interior is pretty typical of that expected on an M5. There is plenty of leather and all the accents and controls are made of high quality materials.

The inside of this car feels very luxurious and yet sporty with its large seat bolsters that help hold you in place when you take a turn quickly. The seats in this car have special 30th Anniversary Edition logos placed on them. So, whenever someone rides with you they will know that you are one of the few with the special edition.

Under the hood is where the real magic happens. The 2015 BMW M5 30th Anniversary Edition uses a reworked turbocharger to help the V8 engine pump out 600 horsepower. That is an increase of 25 horsepower over the standard M5.

All this extra power helps to propel the performance machine from 0-60 mph in just 3.7 seconds. Not bad for a luxury car that is practical enough to live with everyday.

The BMW M5 30th Anniversary Edition starts at $138,275 and only 29 will be available to reserve in the United States on May 21st, 2014 at 1:00pm ET. There will be a hotline number that will be posted via Instagram, so you need to follow @BMWUSA for the reservation phone number.

The 30th example will be used by BMW North America and may be sold at a later date.

As an added bonuse, buyers of a 30th Anniversary Edition will be invited to a one-day M Driving School session at The Thermal Club, a private motorsports facility in Palm Springs, CA.

The 2015 BMW M5 30th Anniversary Edition is the most powerful M5 ever available and puts you in an exclusive club. The car is practical enough to use everyday and yet fast enough to keep up with pure sports cars. Although it can be used everyday many of these will likely be garaged most of the time to help retain the value of the limited edition.

If you want an M5 and are lucky enough to be one of the few people selected to reserve the special edition then the 30th Anniversary Edition looks like a good choice. Only time will tell if they retain their value, but exclusivity usually helps quite a bit and if they don’t you will at least have a very fast car.

For desktop wallpaper of the BMW M5 30th Anniversary Edition