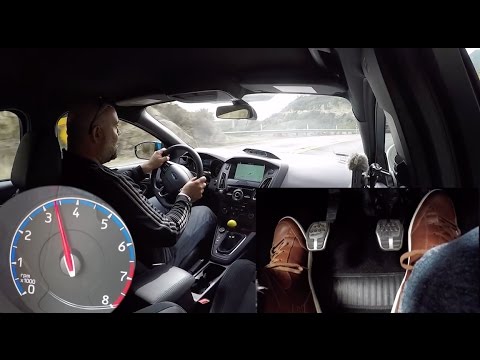 One of the more advance driving techniques is that of heel toe shifting. The idea is to allow for hard braking while keeping the engine RPMs in the appropriate range for the down shift to allow acceleration out of the corner.

The technique is very useful to help achieve faster lap times. While mainly used on the track many will heel toe on a twisty back road. This provides good practice for the next track day.

END_OF_DOCUMENT_TOKEN_TO_BE_REPLACED 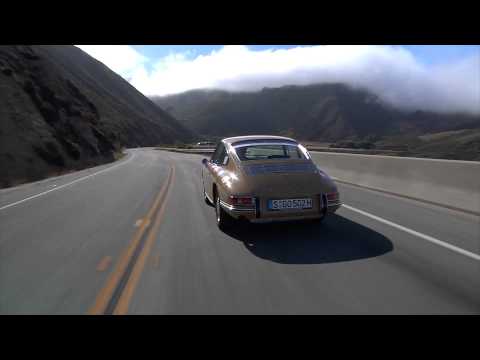 Vic Elford on the Porsche 911

Racing legend Vic Elford really made a name for himself racing Porsches. Much of his racing success all started with the Porsche 911. People said that a rear-engined sports car could never be raced, but he was one of the first to prove that wrong.

This video features Vic as he drives to Pebble Beach in a classic 911. He talks about one of the most important things about driving a 911, balance. This is the key that allowed Vic to have so much success in racing the rear-engined sports car.

Check out the video and then let us know what you think of it in the comments below.

This video is of us walking around the Pebble Beach Concours d’Elegance. It contains footage of historic racing 911s including a 935 and Martini Racing 911 RSR. Beyond the rear-engined race cars it also has footage of cars from the “Raging Bull”, including Miuras and a Countach. The quality of all these cars are top notch as is to be expected at Pebble Beach.

Check out the video and then let us know which car is your favorite in the comments below.

Porsche and racing go hand and hand. The German performance car maker has a history of being one of the most successful companies when it comes to winning races. Many great racing machines have been made by the company, but none is more legendary than the Porsche 917. This was a car that in the late ’60s and early ’70s could go from 0 to 124 mph in 5.3 seconds and keep going to just over 240 mph.

This video is about the history of the 917 and how it was such an incredible car. It features interviews with people involved in racing the car including legendary racing driver, Derek Bell. It contains some great vintage racing footage and gives a sense of what the car was like to drive.

The video is for the “Porsche by Design: Seducing Speed” exhibit at the North Carolina Museum of Art. The exhibit will have two 917s including a 16 cylinder car that was never raced, but was developed by Porsche as a possible next generation car.

TRG-AMR North America has announced the addition of two new drivers to drive their Aston Martin GT4s in the Pirelli World Challenge. The new drivers Mark Klenin and Drew Regitz will be on the team for the remainder of the season. Both drivers had been racing in BMWs, but with the move the will now be competing in the English race car.

Mr. Klenin was so excited about the new car that for the last Saturday’s race at Lime Rock he decided to drive the Aston Martin. This was without having driven the GT4 before and with only having driven four laps of the Lime Rock track. Even with those things going against him, he managed a good showing in the new car.

The team is hoping for some top 10 finishes from the new drivers as the season continues. The next race will be this weekend at Mid-Ohio.

Let us know what you think of the new driver additions in the comments below.

It was a good week for TRG-AMR North America. The California-based sports car team signed two new drivers for the Pirelli World Challenge and sold two Aston Martin Vantage GT4 race cars in the process. PWC drivers Mark Klenin and Drew Regitz join the team for the remainder of the PWC season in a pair of TRG-AMR GT4’s.

The pair had been running BMWs this season, but made the move to Aston Martin full-time moving forward.

Despite having never driven the Vantage GT4 and registering only four prior laps at Lime Rock Park, Klenin decided to jump in with both feet and start the Saturday race of the Lime Rock Grand Prix in the new Aston. The car ran flawlessly and Klenin picked his way through the field and managed to stay on a strong pace and have a hugely impressive day for the team. For the remaining three races, both Klenin and Regitz will receive full team support from TRG-AMR and facilitate a full season effort in 2014.

Klenin, a Colorado resident, came right out of the National Auto Sport Association and ran in Pirelli World Challenge last year. After a top 10 at Detroit, and numerous other finishes close to that last year, he’ll look to be in the top 10 at every race in the Aston. That success can start as early as this weekend at Mid-Ohio. At NASA Nationals, he briefly set the track record there before finishing third.

Drew Regitz, also of Colorado, will join Klenin at Mid-Ohio in his own Vantage GT4. Regitz has been competing in World Challenge this year, having run races at St. Petersburg and Lime Rock in a BMW. This will be his first race at Mid-Ohio, and the first in an Aston Martin after having a great test with the team earlier in the month.

Both drivers will make their debut this weekend at the Mid-Ohio Sports Car Course. The 2.5-mile, 15-turn track will play host to the seventh round of the Pirelli World Challenge. TRG participated in two of the race weekends in the 2013 season, and had top ten finishes in both. The Aston Martin Vantage GT4 is showing to be incredibly strong in the GTS class, and the team is excited to get two experienced full-time drivers behind the wheel.

TRG has one of the strongest records of any team in professional sports car racing at the Mid-Ohio circuit with six wins and eight podiums and will provide full support to Regitz and Klenin.

Kevin Buckler on welcoming Mark and Drew to the program:  “I couldn’t be more thrilled having Drew and Mark jump on board with us with our new Aston Martin GT4’s and our new, full-time Pirelli World Challenge program. There is so much potential with this new program in all categories and it is one of the reasons that they decided to join us.

The cars are fast and super reliable. This brand definitely has advantages when it comes to attracting partners, sponsors and drivers. Everyone at PWC has been extremely professional and really encouraging about our involvement so it is going to be a pleasure to race with them moving forward. Adding these drop-dead gorgeous Aston Martin race cars to the grid doesn’t hurt either, and we look forward to really delivering with Drew and Mark and continuing to have them develop as professional drivers.”

Drew Regitz on switching manufacturers and coming to Aston Martin: “Mark and I have been researching lots of various options to run in World Challenge, after being frustrated with our current manufacturer. The car we were most impressed by was the Aston Martin for its potential, the reliability, and the fact that it’s a factory-built race car.”

Regitz on driving for TRG-AMR North America:  “Racing is a lot more than just the car and the driver. It’s about the team. With what TRG-AMR brings to the table, it’s pretty phenomenal and unparalleled in terms of qualifications, experience, and achievements.”

Mark Klenin on joining TRG-AMR North America: “I chose TRG-AMR for its reputation. They’ve always been professionally operated, and I’m excited to have a car that’s setup so it’s competitive. I’m thrilled to be working with Kevin [Buckler] and the team, Drew and I are glad we found a great organization to run with together!”

Klenin on driving the Vantage GT4 at Mid-Ohio this weekend: “The car is really strong and the brakes are amazing. I feel like we’re going to do really well, and my goal is to finish in the top 10 this weekend.”