The past few years Volkswagen has owned the Money Carlo Rally. This is the third year in a row that the German automaker has managed a victory in the opening round of the World Rally Championship (WRC). This year they went a step beyond getting the win, they also managed a one-two finish.

Not all was great for VW teams, however. The number 3 car of Jari-Matti Latvala and Miikka Anttila finished the race early because of an accident that put the car into a ditch. In the incident a spectator was hit (thank the Lord he was not seriously hurt and it only made slight contact) which resulted in a fine as the team did not stop at the scene of the accident. This also caused them to arrive at the checkpoint late which ended their rally early. It is very unfortunate that the accident happened, but that is motorsport.

END_OF_DOCUMENT_TOKEN_TO_BE_REPLACED

Winning is difficult in any sport and motorsport may be even more difficult as vehicle failure and crashes can quickly take you out of a race. In the world of Rally the potential for incidents is even higher as the variety of terrain can lead to an accident.

For Subaru’s David Higgins this has not been an issue so far this season. He hasn’t lost a competition and and his latest victory came at the Ojibwe Forests Rally in northern Minnesota. In securing the win Higgins, with co-driver Craig Drew, had to fend off their Subaru teammates Travis Pastrana and co-driver Chrissie Beavis.

END_OF_DOCUMENT_TOKEN_TO_BE_REPLACED 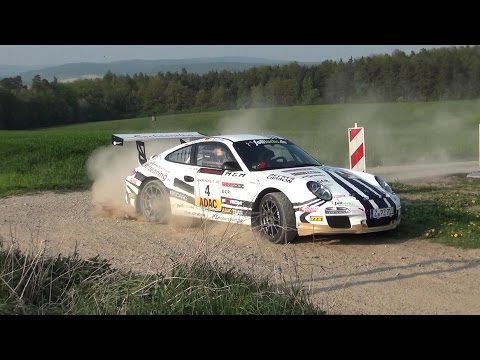 When most think of the 911’s racing heritage they likely think of Le Mans victories. However, the rear-engined sports car has a long successful history in rally racing.

Hit the jump (or scroll down if you went directly to the full article) to learn more about 911 rally racing and to watch a video of a GT3 in action.

END_OF_DOCUMENT_TOKEN_TO_BE_REPLACED

Ford has unveiled the new high performance 2016 Ford Focus RS. The new hot hatch looks to be a pretty fast machine and with its all-wheel drive system could be quite the base for quite a rally car. In fact Ken Block helped with the development of the car.

The Focus has come a long way from the original compact car that was released in the early 2000’s. The RS will have a good amount of power, be a fairly light car and shouldn’t have quite the understeer issues of some other hot hatches.

END_OF_DOCUMENT_TOKEN_TO_BE_REPLACED 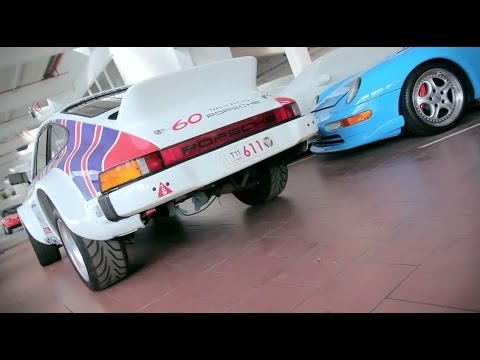 The Porsche 911 San Remo Rally car is one of the wonderful cars that is housed at the Porsche museum. The ill-fated rally racing machine was driven by the legendary driver Walter Rhörl in 1981.

In the San Remo Rally the car was poised to win in a dominating fashion when the 911 SC suffered mechanical issues with the rear axle. This put the car out of the race.

Since then Porsche has done a full restoration of the machine and Mr. Rhörl was even able to drive it in 2011 Targa Tasmania rally race. The restoration was apparently so spot on that the car experience similar mechanical issues which once again prevented a victory.

None the less the car has an interesting story and this short video expands on the history of the rally racer.