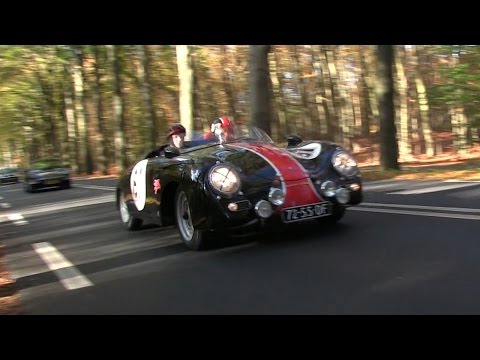 The Porsche 356 Speedster is a wonderful classic car. The “problem” with owning one is that even in poor condition they can be worth a lot of money. The prices go even higher if the car is in very good shape.

Because of this very few nice 356 Speedsters are ever driven on the road for more than a couple of miles on rare occasions. Many of these great machines have become museum pieces in their owner’s garage.

It is understandable but still a shame that they aren’t driven regularly. After all Porsches were meant to be driven.

Because of the high value of original cars, many people have bought 356 Speedster Replicas. Even people that own original cars often will also purchase a replica to be driven more often.

Another advantage to replicas is that the cars often use some more modern parts, such as disk brakes, that won’t be on an original car (unless it is updated). It can just be enjoyed without as much fear that something will happen to your pride and joy. Plus they can be wonderful driving cars.

This video captures a replica of a 1957 Porsche 356 Speedster. The footage shows the car driving and captures the great sound of that air-cooled engine. The replica is a well made one that resembles an early racing machine. 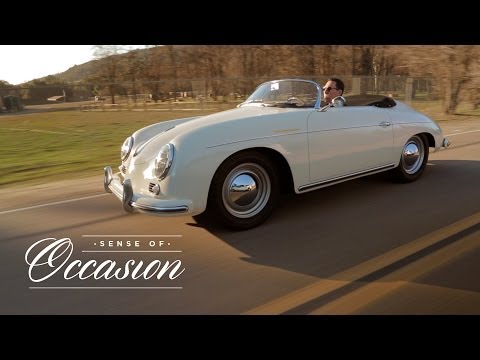 The Porsche 356 Speedster is one of the most beautiful cars that the company has ever made. It is amazing to think that the open-aired sports car is now worth a lot of money, when at one time it was the cheapest car you could buy from Porsche.

This video is of an owner of a beautifully restored 356 Speedster. He talks about what he loves about driving the classic car. It also shows what the car looked like before it was restored and this gives you a greater appreciation for the work that went into the restoration. 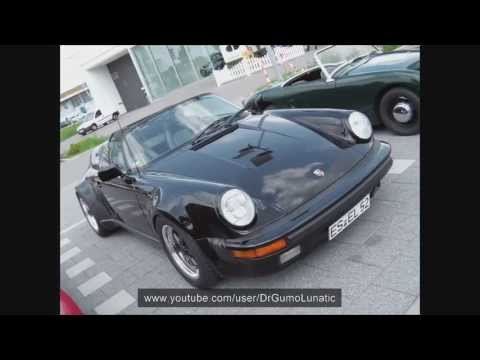 The Porsche 911 Carrera 3.2 Speedster is a fairly rare car. The rear-engined sports car takes styling queues from the 356 Speedster but with lines that were modern in its day. The special 911 is perfect for places with sunny weather as the car doesn’t have a traditional convertible top (although a top could be purchased).

This video shows a 911 Carrera 3.2 Speedster that was captured in Germany. The footage shows the classic lines of the open-air two seater and all the styling details.

Let us know what you think of the Porsche 911 Carrera 3.2 Speedster in the comments.

We are on Our Way to Pebble Beach

This week is Pebble Beach Automotive Week and we will be covering it. We are about to head up the 101 for the annual pilgrimage to Automotive Mecca. If you happen to see the guy in the above picture walking around Pebble Beach or Monterey feel free to say hello.

A lot of great historic and classic cars will be at the event as will be plenty of new and concept cars.

Among the new and concept cars scheduled to appear are the below:

That is just a small taste of the cars that will be there. Beyond this there will be celebrations of 100 years of Aston Martin, 50 years of the Porsche 911 and 50 years of Lamborghini.

If you don’t already subscribe to this blog, now is a good time to do so as we will be posting full coverage of the event. This coverage will include video and pictures of all the sights and sounds.

Let us know in the comments below what you are most looking forward to at this year’s Pebble Beach Automotive Week.

Last week Aston Martin unveiled the CC100 Speedster Concept as part of the festivities around the 24 Hours of Nurburgring. The open air, non windshield car with a 6.0-liter V12 engine was made to celebrate 100 years of the company making sports cars. The car’s styling honors the heritage of Aston Martin’s early race cars.

This video shows the unique sports car being driven and revved. It gives you an idea of the sound of the car and It contains footage of both the exterior and interior. You really get a sense of just how much carbon fiber can be seen throughout the cars interior. You also get a view of the cars digital instrument cluster as the car is being revved.