Last week was the North American International Auto Show (NAIAS) and Volkswagen had a few debuts. These included the new Tiguan and the ID Buzz.

END_OF_DOCUMENT_TOKEN_TO_BE_REPLACED 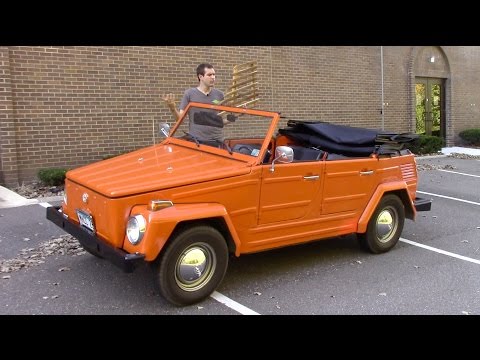 The Volkswagen Thing is a very unique vehicle. The styling is like a child drew a military vehicle and it was available in some very ’60s colors. It is underpowered and it is a miracle if you manage to walk away from a side impact crash.

END_OF_DOCUMENT_TOKEN_TO_BE_REPLACED

Today we are starting something new. Each day we will try to have an article with all of the automotive news items that hit our inbox. We’ll include links so you can jump to each story that interests you quickly.

END_OF_DOCUMENT_TOKEN_TO_BE_REPLACED

The past few years Volkswagen has owned the Money Carlo Rally. This is the third year in a row that the German automaker has managed a victory in the opening round of the World Rally Championship (WRC). This year they went a step beyond getting the win, they also managed a one-two finish.

Not all was great for VW teams, however. The number 3 car of Jari-Matti Latvala and Miikka Anttila finished the race early because of an accident that put the car into a ditch. In the incident a spectator was hit (thank the Lord he was not seriously hurt and it only made slight contact) which resulted in a fine as the team did not stop at the scene of the accident. This also caused them to arrive at the checkpoint late which ended their rally early. It is very unfortunate that the accident happened, but that is motorsport.

END_OF_DOCUMENT_TOKEN_TO_BE_REPLACED

It has been an interested couple of months for Volkswagen after the news of a diesel scandal hit. Unless you have been living under a rock you know that the German automaker was running software that figured out when emissions tests were taking place and it would change engine variables to help make the car run cleaner.

The first casualty of the fallout was the VW Group CEO, Martin Winterkorn, who stepped down one day after admitting that 11 million vehicles have the emissions test duping software running. This resulted in the company needing a new CEO and Matthias Mueller from Porsche was brought to the top spot of the parent company.